Scanpharm cares for health – around the world.

Scanpharm plays a role in the  in general improvement of health by supplementation. Scanpharm employs around 45 people on 2 sites in Denmark. Today, the Scanpharm products are marketed in more than 50 markets.

The most important of our own brands are:

Scanpharm focuses on quality and on providing premium service level for our business partners around the world. Scanpharm has a global reach and acts as a truly international company.

Scanpharm operate in conformity with cGMP and Code of federal regulation rules (FDA).  We are approved by the Danish Medicines Agency (Paragraph 39) and the Danish Veterinary and Food Administration to manufacture, pack and analyse pharmaceuticals (incl. narcotic drugs and psychotropic substances)and healthcare products. Scanpharm’s manufacturing sites and laboratories are subject to inspection by the two authorities. 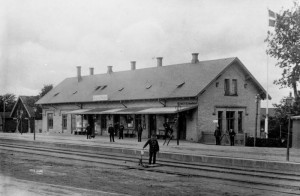 1951 Scanpharm was founded as the Danish agent for Schering AG, Berlin.

1995 Ferraton was acquired and integrated

1996 The factory and facilities of former Rhône-Poulenc Rorer in Birkerød, just north of Copenhagen was acquired

1998 Scanpharm was selected as sole supplier of medicines for the WHO Leprosy Eradication Programme.

2000 Awarded to one of Denmarks fastest growing manufacturers

2002 Approved by FDA for packaging and labelling of pharmaceuticals for the US market.

2013 Launch of Viminova® Drops. A tasty drop product for Toddlers 1- 4 years supplying a multivitamin- and mineral supplement for healthy growth.